All the Books Show: Episode 115 – Interview with Naomi Shihab Nye

We had another author guest on the podcast and this time it was poet Naomi Shihab Nye! Neat!

During her talk at the David A. Howe Public Library, she spoke about revising poetry even after it’s been published, about being political vs. being rude and wondered what a state motto has to say about it’s state. It was a great night and her interview on the podcast gives you a peak into why. We also talk about previous guests to the library, such as Archer Mayor, Joyce Carol Oates and Alexander McCall Smith. What a lineup!

The rest of the show, we talk about Gwendy’s Button Box, the New York Times Best Sellers list and partake in our regular shenanigans. What a funny word “shenanigans” is. It’s tricky to say out loud, it’s spelled differently than one might think. It really does contain multitudes.

See you next week, podcats!

Posted in All the Books Show, books, podcast

Is Stephen King’s Carrie a horror story? Did I make the right choice, picking it as a Halloween read? Was it once a scary book that’s been tamed by time?

Carrie is well known enough now that talking about the plot seems silly, but let’s get through it anyway. Carrie is a girl with a crazy mom. Carrie has psychic powers. Kids at school are super mean to Carrie. The kids cover Carrie in pig blood. Carrie loses it. Bad times are had by all.

So, is the book scary? Not really. It reads more like a super hero book, like a dark comic book in novel form. Psychic abilities aren’t very frightening, even when used by someone losing their mind. Like super heroes in general, Carrie almost reads like a power fantasy. Yes, when she lashes out on her fellow students and her home town, she takes it too far and kills a lot of innocent people. But, it doesn’t come across as horror, more like a disaster movie. Carrie, near the end of the book, is more of a force of nature, even though she’s able to target a few people specifically. A storm with a vengeance, but still a storm.

The idea of her being a natural disaster is backed up by the way the story is told through police reports, through interviews and headlines. Carrie is mentioned and talked about like she was a hurricane that passed through town. Dangerous, but not human. It’s an interesting way to tell this kind of story, it just doesn’t scream horror.

Carrie’s mother might scare some, but I find fundamental religious zealots to be the least effective way to make someone scary or interesting. The mother is a cartoon villain, a person beyond reason or relatability. She’s not real, in or out of the book. And, again, that type of insanity is at the bottom of the interesting-barrel for me as a reader. It always strikes me as lazy, as a quick wave as to why someone would act a certain way. Carrie is least interesting when dealing with that part of the story.

Not to say Carrie isn’t entertaining. It is, in both its destruction and seventies’ aesthetics. But, it’s more thriller than chiller. It reads like a super villain origin, which is fun, but I’m not sure how this has become a horror classic. I’m not even sure how it became a hugely popular book, as it doesn’t strike me as particularly earth-shattering in it’s plot or style. But, maybe I’m in the wrong place and time. Maybe, back in the late seventies, this would have scared the heck out of me. Or, maybe, I would have treated it like a Doctor Doom comic book and wondered what I’d do with some nasty telekinesis powers of my own.

Gwendy’s Button Box, by Stephen King and Richard Chizmar, is short, being only a one hundred and seventy-five page novella. I don’t know how everyone else’s mileage will be, but it was a single sitting read for myself. The reason I bring that up is because I’m not sure if I liked it or not, but how bad can a book be that reads so quick?

The story follows Gwendy, a young girl given a button box that gives her candy that helps her lose weight and live a pretty great life. Sometimes, bad things happen and she’s not sure if it was her fault, the box or just fate. I feel like I just spoiled the book because that’s really all there is to it. Maybe I’m oversimplifying, but not by much.

The book reads quickly because the chapters are short and the information is dispensed at a pleasant pace. One thing King does well is show a day of the life of his characters, pinpointing mundane facts that are actually deeper insights into what makes that character tick. That’s what Gwendy’s Button Box is, days of the life of Gwendy. Sometimes, that’s interesting and, sometimes, it’s just the life of high school girl.

The supernatural elements are found in the button box, but again, their results are mundane. At times, when Gwendy is worried about the box being found or tries to get rid of it, there’s an old school sense of attachment given to the inanimate object. It won’t be ignored or thrown away, even though it doesn’t come across as threatening.

Again, quick read. Compelling? I’m not sure. King’s style creates a page turner, but easy-to-read doesn’t mean exciting. I was never worried or scared, and my interest didn’t rise above “mildly peaked”. I’d say it’s skippable, unless you really just need something this length.

All the Books Show: Episode 103 – Spotlight on John Green

This week on the show, we talk about the man who makes teenagers cry and experience the “feels”, John Green!

Also, I hate ” the feels” as a phrase. If I was being harsh, and I am, it’s a lazy way to ignore real emotions that can make experiences deeper. Where the Wild Things Are didn’t give me “the feels”. It made me sad and melancholy and reminded me of making mistakes as a kid and thinking they’re the end of the world.

None of that ranting is about John Green, though! We talk all of his books, Looking for Alaska, The Fault in Our Stars, Help! I Have Too Many Katherine’s and I Don’t Know What to Do With Them All!, and the rest. We have our own music master, Ben, on the show to help us through the books Nic and I haven’t read. It’s a good episode. And not just because it’s my birthday episode.

We also talk about how Ruth Ware’s new book can’t be as successful as the terrible Woman in Cabin 10. People had to get wise, right? Nic and Ben also review The Dark Tower, which I haven’t seen, but from all accounts sounds pretty embarrassing. And the trailers made it look like a bad 90s action flick, like The Last Action Hero. It should be easy, a dark western with some magic and maybe some horror. But the first book, The Gunslinger was underwhelming and I couldn’t finish the second one. I guess some ideas are too good for the world.

See you next week, podcats!

Posted in All the Books Show, books, podcast, reviews 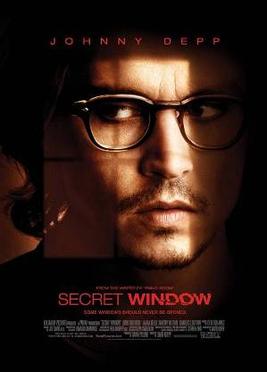